It’s been one month since IOST, the application-friendly next generation public blockchain network, became the first to launch an application-ready mainnet with multiple live decentralized applications (DApps). In the weeks since, IOST has shown tremendous success in growing its network of developers, partners and users. On 6 April, the IOST network surpassed a new record, processing more transactions (580,231) than the whole Ethereum network (558,272) within a day. 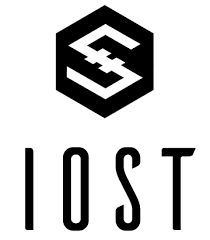 Within the first month of its mainnet launch, IOST has:

Launched 9 DApps, including 6 games (one of which hit 700 million IOST tokens in a single day) and a USD-pegged Stablecoin;

Been listed and traded on 26 exchanges;

Processed more than 25 million transactions, including a peak of 580,231 transactions per day;

Brought more than 100 partners and developers onboard to build the IOST ecosystem, all partners totalling to more than 200 today.

These figures clock in a rate of growth that outstrips even the leading blockchain projects during their initial months post-mainnet.